The availability of big data generated by multi-model simulations provides opportunities for extracting information and knowledge from it. To create a solid base for the future successful realization of task 5, it was necessary, in the previous period, to develop software that provides the intuitive representation of big data. An existing large data set was used for this purpose. The data set (Figure 1) contains 552,959 records, where each record contains data related to a Monte Carlo scenario simulation. The data were grouped into 17 columns, so that the first 16 columns contain an appropriate risk measure of a scenario, such as the conditional failure frequency, the frequency of exceeding certain elevation in different parts of the system, minimum and maximum reservoir levels, etc. The seventeenth column contains a description of the simulated scenario: operating states of the system’s components (‘Gate fails in place’, ‘Sensor Error’, etc.) and causal factors (‘Earthquake’, ‘Debris/Ice’, etc.).

Figure 1. A tiny part of the existing large data set

To obtain an assessment of the potential impact of combinations of events in the dam system on the ability to safely manage water flow in dams, data grouping was performed. The records of scenarios containing the same external causal factors were grouped. For each group, statistics were calculated in terms of minimum, maximum, average, and median values, standard deviation, and variance for all risk measures.

Further, the computational server hardware and software installation was completed, providing the recourses for parallelization of the data grouping process. The script for grouping the data was written Using the PySpark interface for Apache Spark in Python to achieve the optimal speed of the grouping process over dedicated hardware. The speed-up is achieved by parallelizing the process on all processor cores using Apache spark, which automatically performs the parallelization.

On top of all, the web-based application was developed using the Flask library of the Python programming language. The application enables the user to do the following: 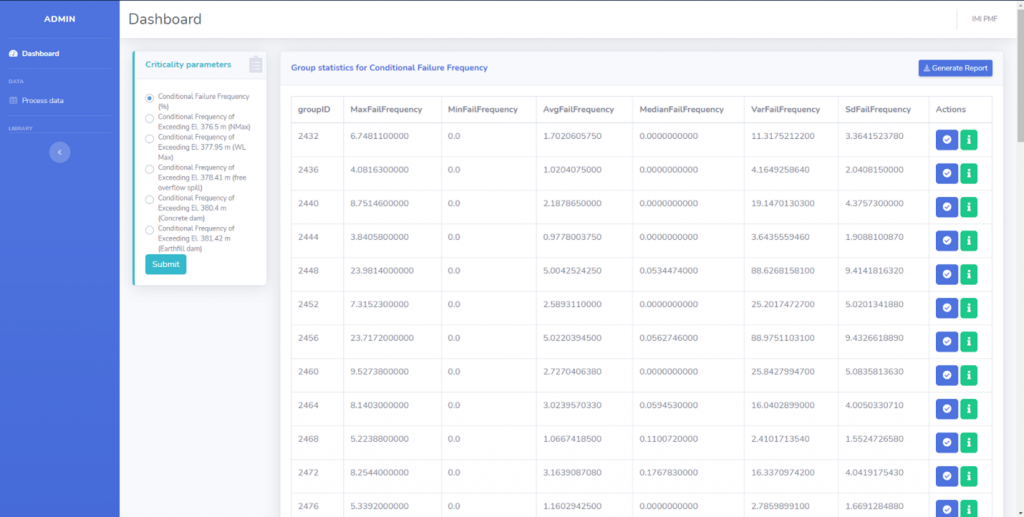 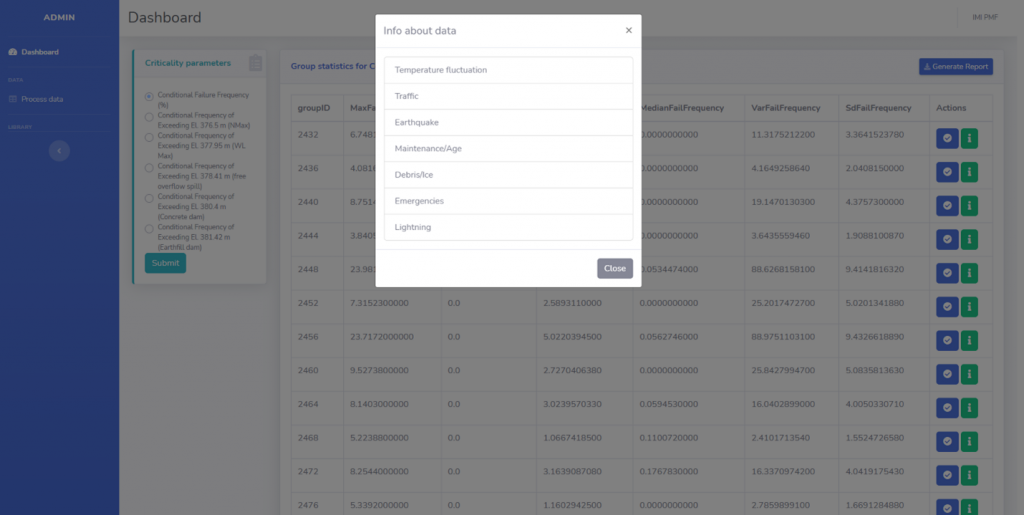 For this kind of problem – spotting the scenarios that can lead to the failure of the system, outliers are of great importance. They are pointing at those specific combinations of events that can lead to a system breakdown. It can be noticed that for the majority of combinations of operating states, CFF is very low, or zero. Those combinations that have higher CFF values are shown in the list on the left-hand side, in terms of the seed number of the simulation that produced them and the corresponding value of the risk measure. Seed numbers can be clarified by clicking the info action button, which results in the screen shown in Figure 6. 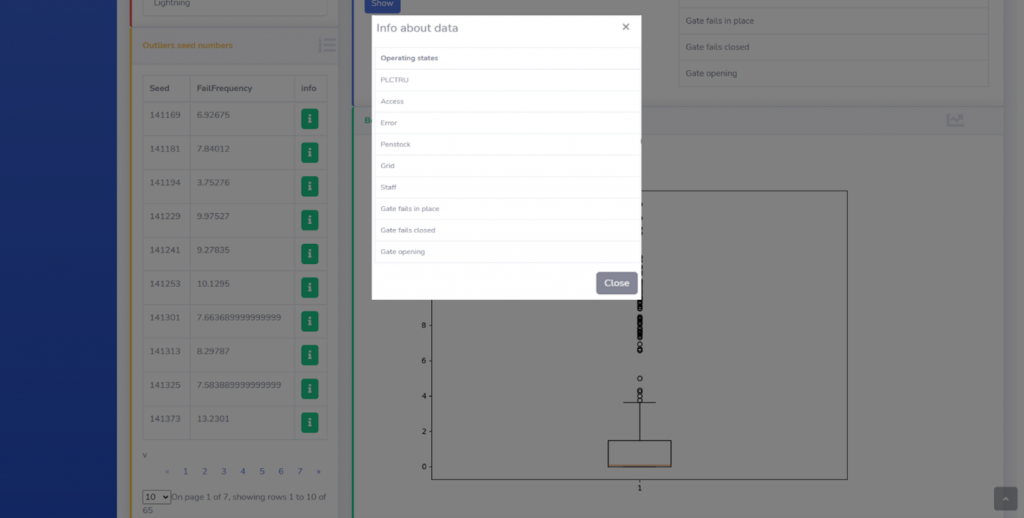